On the FLY Productions LLC is a hybrid full service aerial entertainment and flying effects company providing everything from equipment rental to edgy and unique aerial dance and flying entertainment to world class training. On the FLY Productions, an ETCP Recognized Employer of ETCP Certified Technicians is fully insured and is based in the St Louis, MO area. OTF’s current client list include Cirque du Soleil, Carnival and Royal Caribbean Cruise Lines, Nickelodeon, Texas State Fair, Cedar Point Amusement Park, IKEA, Westfield Mall, NBA, Chick-Fil-A among many others, and they provide flying effects, equipment, training, and educational workshops to numerous colleges, high schools, camps, festivals, and theatre houses across the country as well as run three studios in the Greater St Louis Metro Area. Owners of On the FLY, Jason & Jennifer, met when Jennifer was producing a production of Wizard of Oz, and together they have created numerous original shows and acts including Lovin' Vegas currently performing weekly on Carnival Cruise Lines Mardi Gras (and opening on Carniva's Celebration in late 2022), FOX's Game of Talents, NBC's Little Big Shots, America’s Got Talent Season 9 Quarter Finals as Mothmen Dance, and TruTV's Fake OFF Season 2.

Visit us online at: www.ontheflypros.com
Check out our videos on YouTube
Sample list of Clients can be found here 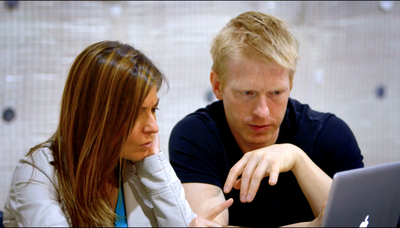 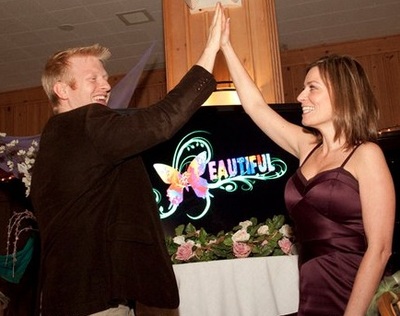 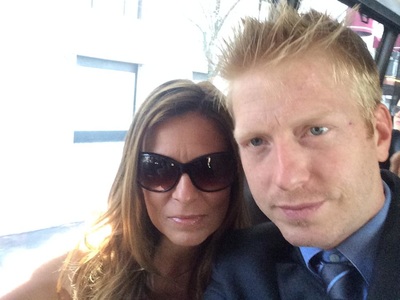 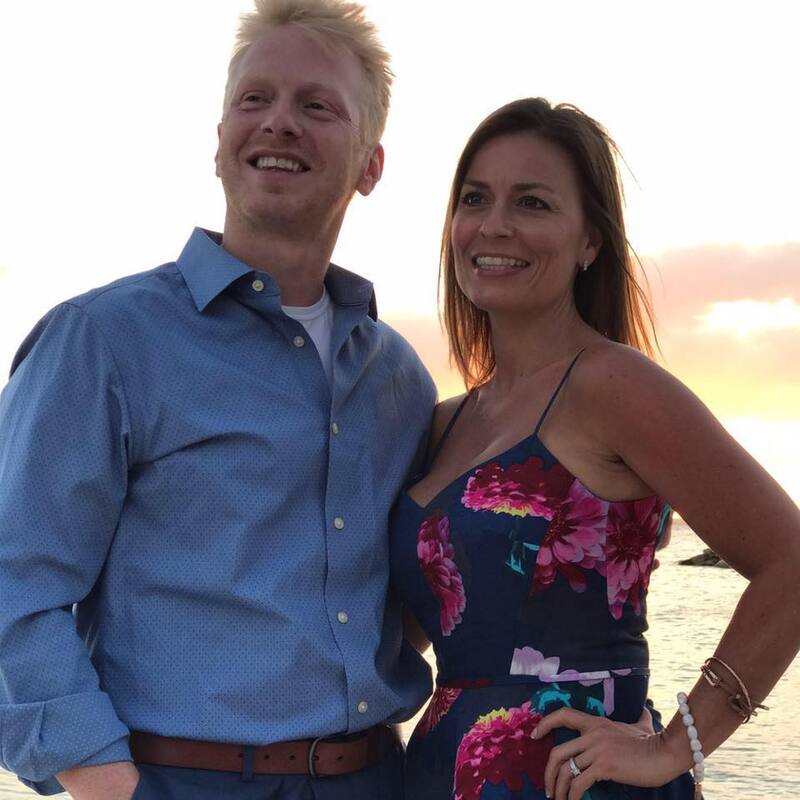 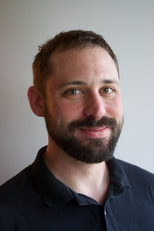 Michael is from St. Louis and is a graduate of The Conservatory of Theatre Arts at Webster University, with an emphasis in technical direction. Working with a wide range of entertainment groups, he has held a variety of titles including Technical Director, Aerial Rigger, Production Manager, Stage Manager and Master Electrician.
​Mike has been working in theater for more than twenty years and as an aerial rigger for over ten years.

​His calm demeanor, technical knowledge, wide range of theatrical experiences, and passion for his job make him a Flying Director favorite and we are thrilled to have him on our team! 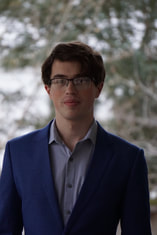 Benjamin Gaffney is originally from Rockford, IL but moved to St. Louis to pursue a BS in Applied Sciences and MBA from Washington University in St. Louis.  Benjamin joined On The Fly in early 2020 and has held a variety of roles ever since, including flight director in training, automation technician, and VP of Finance .  Prior to On The Fly he has worked in live theatre, concerts, and stand-up comedy in lighting design, video direction, and management.  He has worked on several national tours including Jim Gaffigan’s Quality Time, Jake Owen’s Life’s Watcha Make It, and George Lopez’s Comedy Get Down along with various local productions throughout the Midwest. 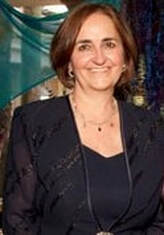 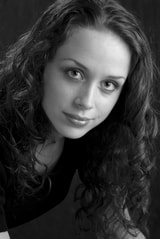 Melanie Braxton, Lead Aerial Trainer
Melanie is a stage combatant, singer, aerialist, and lifelong dancer, and now Lead Aerial Trainer for On The Fly Productions. Melanie has been working with Jason Whicker, a founder of On The Fly, since 2009, and hasn't stopped flying since. Working with On The Fly has given her the opportunity to travel throughout the world as she trains aerialists for Royal Caribbean International.  Melanie performed on AGT in Mothmen's flying troupe, a creation of On the Fly.  She can frequently be seen performing with Carnivale Sword Play in original sword-fighting stage shows. A licensed massage therapist as well, Melanie  is a proud member of SAG/AFTRA and also recently attended the International Stunt School in Seattle. 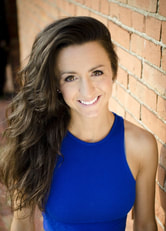 Brittany Sprung, Aerial Trainer
Brittany is a performer, choreographer, and instructor, originally from Upstate New York, who holds a Bachelor of Fine Arts degree in dance and Bachelor of Arts degree in mathematics from the University at Buffalo.  She has professional credits onboard Royal Caribbean Cruise Line, on national and international tours with Disney Live! and Feld Entertainment, as an aerial captain at Cedar Point Amusement Park, and with The Backstreet Boys and DJ Pauly D, which all led her to On the Fly Productions. Brittany joined OTF as a dancer-aerialist and assistant to perform for the Kingdom of Bahrain and Chick-Fil-A. She then had the incredible opportunity to join On the Fly for truTV's Fake Off Season 2. 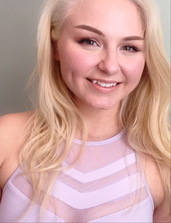 Valerie Michelle, Aerial Trainer
Valerie has been practicing aerial arts for over seven years.  She began performing after three years once she built a foundation of solid technique.  Her achievements in the aerial world include being invited to perform as a finalist for the 2015 US Aerial Championships, traveling across North America with the Life in Color music festival, flying above water and beluga whales in “Azul”, performing over two stories in the air for the Singing Trees Christmas Spectacular, and much more.  She has been teaching all levels for many years across Orlando and offers instruction focused on technique and safety.   She is happy to bring her expertise to St. Louis for On the Fly Productions.  Her performance demo can be located here: https://www.youtube.com/watch?v=QcRM6O4WkvE 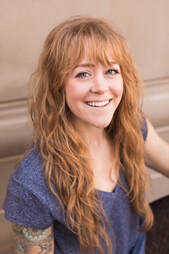 Abbie Roonie, Aerial Trainer
Abbie is a movement artist and teacher Kansas City, Missouri, USA. From competitive gymnastics, to University of Colorado School of Engineering, to an international circus career, Abbie is an accomplished aerialist, acrobat, and fire/prop manipulator. Upon discovering her potential, she attended Frequent Flyers Productions (aerial dance) Professional Training, in which she left with solo creations on static trapeze, dance trapeze, and sling. Her professional work is comprised of international big-top contracts, private and corporate events, full scale theatrical productions, festival sets, and even character work. Just a few of the companies she has collaborated performances with include Meow Wolf, Cavalia Odysseo, Kansas City Aerial Arts, United Airlines, Quixotic Fusion, MoonDrop Circus, Fractal Tribe, Iluminar Aerial, Borillo Entertainment, Lumina Entertainment and more. Abbie’s development as a contemporary circus artist has led her all over the world in search of the most wonderful shows and training. Abbie often refers to herself as a ‘super generalist’, because of her high skill level on all aerial apparatuses as well as her ability to execute various styles of dance, acrobatics, and other ground skills.

Brian John Erdmann, Aerial Trainer
B.J. Erdmann began his career in the theatrical arts.  After earning his B.F.A in Acting with a Minor in Dance from SUNY Fredonia in New York, he went on to train with the world-renowned Victor Fomine in Montreal, Quebec.  There, he was able to harness his love for physical performance through the discipline of Aerial Straps.  Now with almost two decades of professional experience, B.J. has worked for a wide variety of companies such as Zero Gravity Circus, Cirque Le Masque, Quixotic, Cirque Mechanics and Cherry Boom Boom to name a few. In addition to appearing on the "Tonight Show" with Jay Leno, he was also selected to perform for Coca-Cola as part of the 2010 Winter Olympic Torch Relay.  One of his more notable credits was his three year run as a featured performer with the original cast of Cavalia's Odysseo.  B.J. is currently on hiatus from Cirque du Soleil's Beatles Love in Vegas. 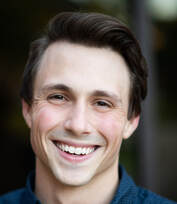 Connor Dealy, Aerial Trainer
Connor is a multidisciplinary performing artist. He received his BFA in Performance and Theater from Auburn University, where he also attained a minor in dance and began an education in aerial fabric. After graduating college, he relocated to New York City where he continued his aerial and circus education at Circus Warehouse. You can find him currently dancing in his first season with Alison Chase Performance, an active member/artist in residence with Änver Entertainment, and working with Pilobolus on their summer performance "BLOOM." His Performance Credits include working with companies such as An Nuo Spiritual Art and Dance, Incanto Productions, Pilobolus Creative Services, Mosaic Theatre Company, the Melbourne Fringe Festival’s "Macabaret", and for the League of Professional Theatre Women.

We are rolling out a new growth initiative and making some BIG things happen! Want to join us on our amazing adventures and mission to provide high-flying entertainment to the world? Here's your chance!


On the FLY Productions is searching the globe for top-notch FLIGHT ACES to join our Biz Development Team!! Apply today!
http://bit.ly/1hVMdmc